As a Mancunian, man and boy, it was sad news to hear of the recent sad passing of the legendary Mark E. Smith. As we reminisce about his antics, musical and otherwise, it’s not hard to remember the colossal music talent that Manchester and its surrounding areas have produced all the way back to year dot.

We all have our favourites: current super stars, music legends and pioneers, alternative but incredible indie groups, boy bands, pop groups. The list is endless.

But for me one of the biggest music talents to come from Manchester is Mark Reeder, and most probably won’t even have heard of him. I have known Mark all my life, horrifyingly over 60 years now, we were born a week apart as 1957 moved into 1958. In fact, I suppose I’ve known him longer than all our lives since our mothers were friends before they were even pregnant with us.

We were at primary school in Denton, both failed our 11 plus and went to Two Trees Secondary Modern school, and we spent years as Air Cadets together. Most weekends we would take our spends into Manchester to the small cubby-hole that was Virgin records on Lever Street. I think the first ever LP we bought together was Flying Teapot by Gong, but even by then Mark had amassed a huge and eclectic music library. We went to gigs all over Manchester and beyond, most notably even borrowing my dad’s battered old Vauxhall Viva to go and see the Pink Fairies in Birmingham and Ted Nugent in Liverpool. There were some fantastic concerts and Mick Hucknall if you are reading this: you still owe me 50p for a lift back from a Motorhead concert at the Electric Circus. 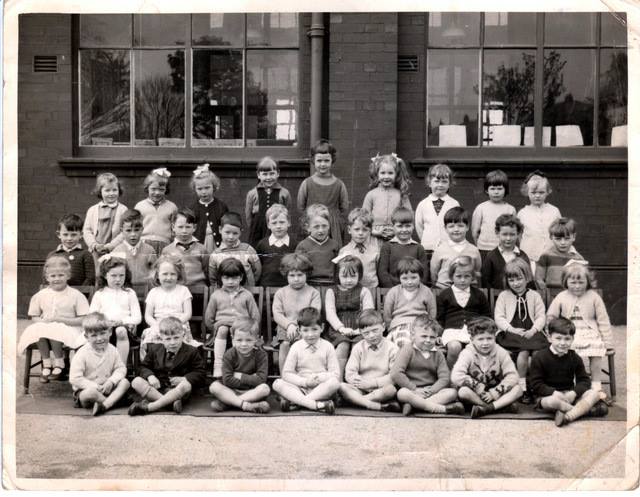 Mark always loved music and was also great artist; his cartoons were exceptional. After we left school in 1974 Mark studied art at Tameside College in Ashton and he soon found employment in advertising agency in Manchester, and though it’s fair to say he didn’t really like his full-time job, his amiable and approachable way together with his outgoing and unshakeable attitude and sharp wit made him lots of new friends, many in the emerging Manchester music scene, not least of all a young and upcoming pre Joy Division Bernard Sumner. Unsurprisingly, before long he was also working at Virgin records developing his already extensive and insatiable love of music, particularly early, some may say obscure, techno from Germany. 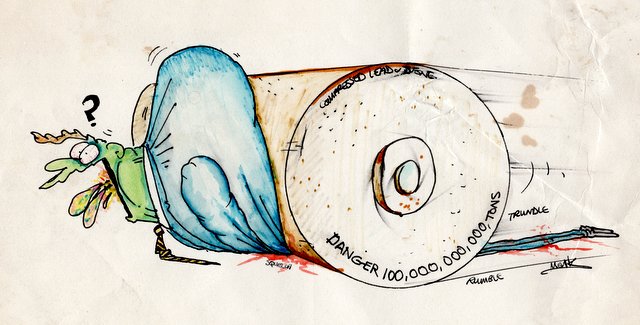 One of Mark’s Cartoons from about 1975

Like most youngsters he was soon playing a guitar and practising music with lots of different aspiring musicians. Within a short space of time four of the many had crystallised through a miss match of musical talents through Joe Stalins Red Star Radio Band into the Denton based Frantic Elevators; Mark on base, Neil Moss on guitar, Steve Tansley on drums and Mick Hucknall singing. Their first performance was at Broomstairs Working Men’s Club in Denton: my brother Lawrence has some photos of that event.

But a wander lust set in. So, in 1978 together with my younger brother Lawrence he set off for Germany. After a brief stay at my uncles on the French/German border they moved on via Austria into Germany.

Lawrence didn’t last long and was soon home. Mark struggled on, for a while in Munich, eventually arriving in the crazy ‘island’ that was the isolated walled enclave of 70’S West Berlin. He was soon ensconced in the wild incredible Berlin music scene.

Berlin has been his home for 40 years and counting. His achievements and accomplishments are staggeringly impressive. I’m not going to list them all (google his name or have a look at the links below) but a few notable mentions are: critical acclaim with his bands Die Unbekannten and Shark Vegas, sound engineer and manager to innovative all girl band Malaria, record producer to East Berlin band Die Vision, discoverer of international Trance DJ Paul Van Dyk.

me and Mark 1985, at the top of East Berlin’s Funkturm during an electrical storm

The list goes on, but even amidst all these he still had the energy and drive to influence and mentor loads of new artists, star in several dubious low budget films, work as Berlin representative for Manchester’s Factory records, and create and manage his own Record labels MFS and Flesh. He even hosted Muriel Grey for a Tube Berlin special and the late great John Peel for a BBC Berlin music special.

In 2016 his memories were captured in the autobiographical fast-moving film B-Movie: Lust & Sound in West Berlin, where his reminisces take us on an amazing tour of his 80’Berlin. I have many happy memories with my girlfriend Alison of that time visiting Mark there in the 80’s enjoying Berlin and taking interesting trips into East Germany and Czechoslovakia.

1986, Mark in Prague with a Ча́йка (Gull) Luxury Soviet car

I was privileged to attend the opening night of his film with New Order’s Bernard Sumner and Martyn Walsh of the Inspiral Carpets as Mark returned to Manchester on his tour around the world promoting the film. It was screened at Manchester’s Home and the evening ended with a Q&A hosted by Dave Haslam in which Mark gave us interesting snippets including his brush with the German secret services.

Forty years after arriving in Berlin his passion for music and his adopted city is undiminished. Most recently, he has become prominent as a remixer, and with a passion for Asian music. Following on from his acclaimed Five point One Album his latest CD release is Mauerstadt which includes New order and Inspiral Carpets remixes. Even now his love of playing live is as strong as ever. Following on from supporting New Order at a packed Sydney Opera House and touring South America and China Mark is currently on a break from working in the studios with Chinese band Stolen from Chengdu and is touring Thailand and Japan. He’ll be back to Berlin for a short working break before returning to tour China in May.